By Ariella N. Lai in Adventure

Located in the northeast of Mount Bromo in East Java, this small hamlet has an altitude of 2.217 meters above sea level, classifying it as a subtropical highland due to its warm and temperate climate. Compared to other parts of Indonesia, Cemoro Lawang has a relatively wet season from December to March and is known to have lukewarm temperatures, shorter daylight hours, and a good deal of rainfall. Cemoro Lawang has a dry season known for its chilly mornings, occasional frost, and low temperatures for the remainder of the year. This area’s average temperature is 13.2°C, making it colder than most parts of this country. This village’s cold atmosphere contributes to one of its most unique and notable features, a rolling fog that will fall and cover this village during every nightfall. The fog thins in the morning as the sun rises to greet the inhabitants to a new day. 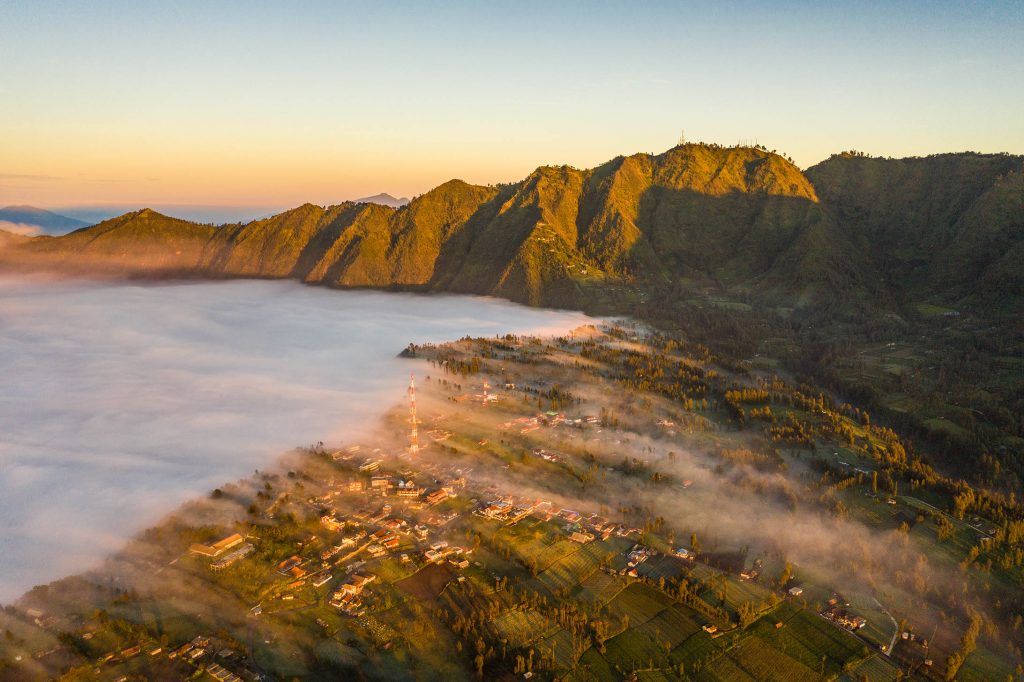 The sunrises are spectacular, with an even more stunning sight located a bit higher in Pananjakan. Cemoro Lawang is known to be one of the several route points to reach Mount Bromo National Park from the Probolinggo Route. To reach this location, visitors must go through Probolinggo first, which is the closest route to Bromo with gorgeous views. In this hamlet, there’s a viewpoint where visitors can admire Mount Batok and Mount Bromo. There are many lodgings at low prices in Cemoro Lawang with a jeep service that can aid tourists in their trip to Mount Bromo. Principally, it’s a base for an early morning climb to the top of Mount Bromo, where visitors will be pampered by nature in the form of stunning sunrises unable to be captured in any other place in the world. After viewing the sunrise, visitors can continue their climb on top of Mount Bromo or journey to the Sea of Sand of Mount Bromo. 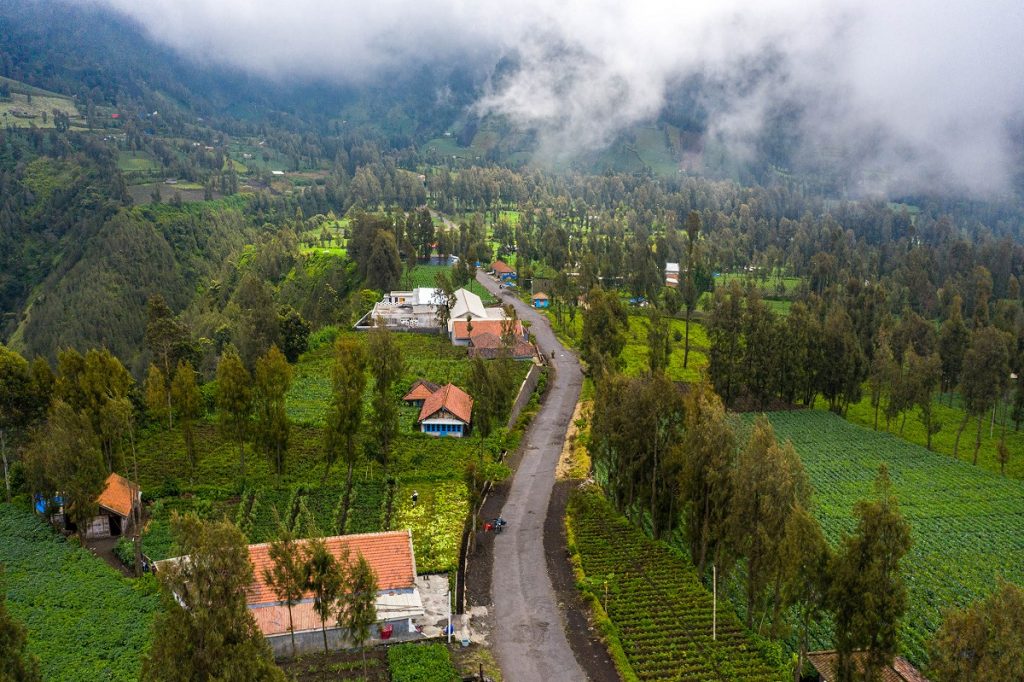 Cemoro Lawang’s history is mostly unknown; however, the name derives from traditional Javanese in a terminological sense. Cemoro itself translates to a pine tree, and Lawang means door. In a literal translation, Cemoro Lawang means pine tree used as a door. The amount of conifer trees itself contributes to its name, embedding the name of Cemoro to be appropriate. The aforementioned door is seen because Cemoro Lawang is, in fact, one of the doorways to Mount Bromo. 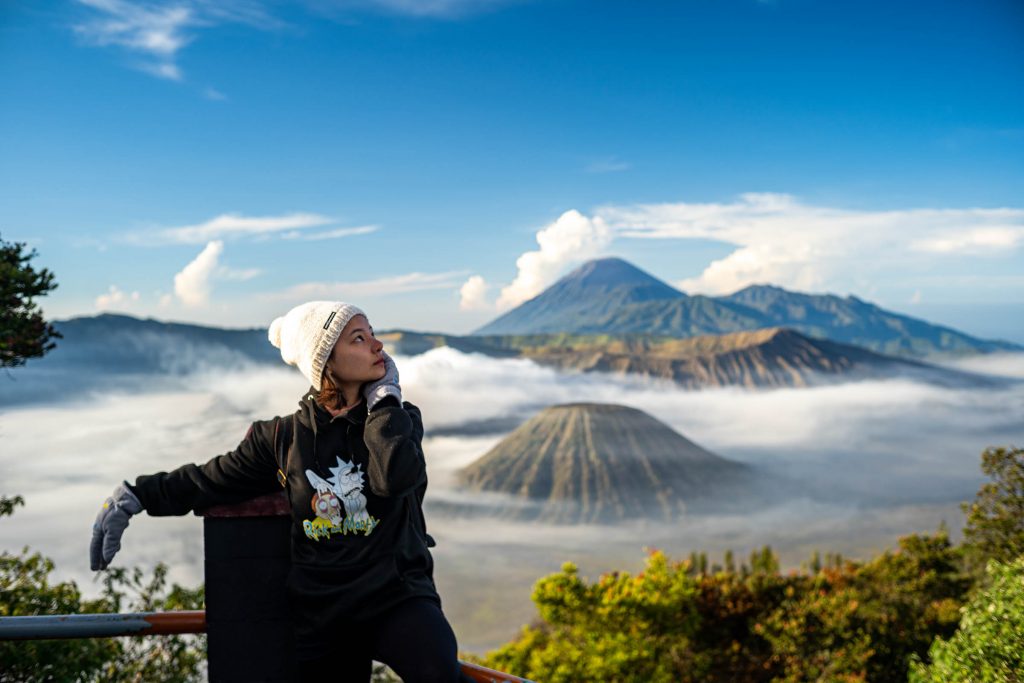 The area is inhabited mostly by the Tengger tribe, who still adheres to their traditional customs, leaving the area preserved and mostly unspoiled from modern touches. Their adherence to tradition is still clearly visible from the annual Yadya Kasada festival. Its origins could be traced back to the Majapahit regency during the reign of king Brawijaya over 573 years ago. This ritual serves to express appreciation to the Hindu gods they believe have granted them blessings, abundance, and welfare.