By K. Wardhana in Activities

Morotai Island is regarded as Indonesia’s Maldives, with its white pristine beaches overlooking the clear crystal Pacific Ocean, a paradisical view of calmness on Earth.

Though no one really knows much about the Island, it is pretty much unheard of except in Indonesian History books, which is even limited. So here are some fun facts about Morotai Island to get you started! 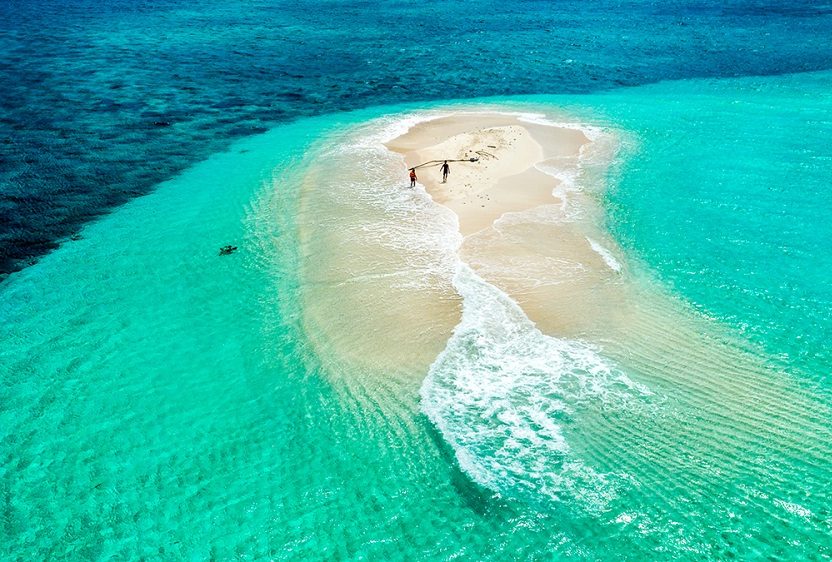 Morotai is an island made of other islands!

Wait, what? Indonesia is a country made of numerous islands, so it is quite common for a region to be made up of islands that don’t necessarily connect. For example, Morotai Island is made up of 33 separate islands, part of the north side of Halmahera Islands, which is actually located in the East of Maluku, the main island.

Morotai is known as the Island with Three Suns.

Not just one, not two, but three suns. The reason for the nickname is because the island has scorching, humid weather. However, this shouldn’t take away from the fun you could have on the island, so always use UV protection to protect yourself from the sun before having fun!

Morotai is a place with World War II History.

World War II shook the world from the European and Asian sides, leaving many remains and untold legacies from lands worldwide, including Morotai. Morotai Island was used as a landing airstrip for ally ships during the war, oftentimes mistaken for the Philippines. The area now has many relics from the war times, now in a museum on the island. The statue of General Douglas McArthur is also located in Zum Zum island, which the Japanese defeated in the area. He famously shouted, “I shall return”, before heading back to retreat to other ally ships.

Aside from the pretty beaches, Morotai is a place for watersports!

From the calm oceans, there comes a time for raging tides. Morotai is located in the mouth of the Pacific Ocean, which gives the location a perfect place to do water-based activities such as snorkelling and diving, having numerous safe spots to do so. From February to March, you can also go to Morotai to surfing in the mouth of the ocean. If you want to see ocean wildlife, Morotai Island also has safe shark spots to find them.

There are shipwrecks in Morotai!

The underwater beauty in Morotai Island is spectacular, one must say, as there is beautiful colourful coral under the clear blue sea. It is no secret that Morotai Island has numerous safe diving spots. Yet, did you know that the World War II shipwrecks are still underwater? You can visit them as you are diving in the oceans in Morotai! Other than that, you can still find raw white iron from the shipwrecks, which you can make handicrafts from the excess on the island!